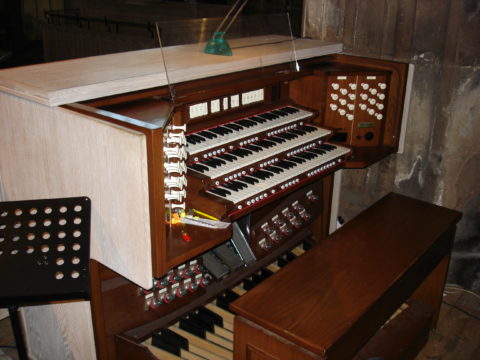 This idea takes the repertoire chosen as a starting point. The score, in essence, can be the starting point for the ability to learn to paraphrase it, to be able to reduce it and transform it to something else, to transpose it, to be able to embellish when necessary or even to recompose it. This is a useful skill to have in addition to the very important skill of being able to read and perform music notation exact, accurate and precise from a music score as the composer intended.

Following a lead sheet, original score or similar, facilitating an ‘own interpretation’ giving rise to a personalised arrangement by changing melody, harmony, rhythm, styles, voicing and registration. This maximises the use of musical imagination rather than simply reproducing music exactly as the composer intended.

The whole point is to train the ear in relation to the inherent knowledge of the instrument but also the awareness of phrasing, articulation, melodic contour, rhythmic shape, harmony and appropriate organ registration etc.. It includes all the elements of improvisation but within the stylistic content of the chosen repertoire and within the context of the piece that is the starting point.

Often, the secret is knowing which features to distil from a particular style. You become very close and aligned to the creative process and the essence of the expressivity of the piece. It brings together and unites many aspects of musicianship to produce a creative whole.

For such as Mozart, Beethoven et al, composing, improvising and playing were inseparable parts of music making. Almost all the classical music we play nowadays was written by composers who naturally combined these elements. The tradition did not disappear but unfortunately got lost in the advent of institutional musical education where music has to be played in a certain way and with a certain sound and in a certain mould. Also, with the development of the fortepiano in the eighteenth century and the increased capacity for gradation of sound, improvisation was perhaps to a certain extent overshadowed with interpretation just as ornamentation was perhaps somewhat replaced with dynamics. Performers nowadays do not necessarily learn how to compose. There may well be a little improvisation on certain student education courses but often resulting in nothing deeper than a narrow learning of the tune rather than the language. Keyboard studies are important which should include the harpsichord, clavichord and organ – crucial for a broad development and familiarity of inherent performance practice and performing music from the past.

In summary, ‘fooling around’ on a keyboard instrument such as the organ with an original score, can, produce some great music on the highest level attainable through paraphrasing, transforming, embellishing and/or altogether recomposing to produce something completely original. This is then communicated whilst playing in a performance to develop an audience relationship/connection through the player listening with a more critical and advanced ear to the level of detail that is entered into and then the playing can transport to another plane and thus there is a win-win situation for audience and performer alike.